Interested in Moomoo.io hack 2019 or want to gain some information about them? Here are some of the most popular ones around which will make the Moomoo.io game more interesting.

Moomoo.io is a pretty basic game whose whole premise revolves around the phrase “collect and survive”. So all players need to collect resources, upgrade their equipment’s and survive for as long as possible. So for this, some players tend to go towards the path of Moomoo.io hacks.

Moomoo.io hack is a term used for players who play a game with the help of a script or a bot. This bot or script acts as an extra hand and helps them win games easily.

Moomoo.io has many types of hacks but these are some of the most popular ones.

This type of Moomoo.io hack is the most common of all because this is the most difficult Moomoo.io hack to identify. In this hack the player does not need to press the q-key to heal, this is done by the script. So this saves time for the player and the speed with which he can attack increases several-fold.

To identify an auto-healer, the player needs to watch out whether food appears in the opponent’s hand or if the opponent has a Shame! Hat. The Shame! Appears when a player heals too quickly and because of it, the player cannot heal for 30 seconds.

It is very hard to kill an auto-healer as even professionals have difficulties killing them. So it is advised to stay back and run when met with an auto-healer. 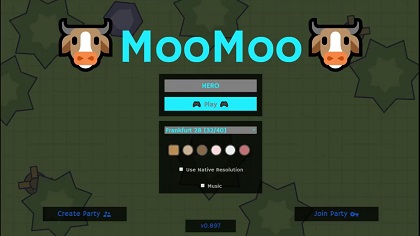 Moomoo.io Hack 2019 (needs tampermonkey or others below)

This Moomoo.io hack 2019 is primarily used to control “Drones”.

“Drones” are a large group of 10-20 bots. Each one of their age is 1 or 2 and they all only fire in a single direction with auto-fire turned on and they also have the same names.

It is fairly easy to identify a “Drone Controller” because they come as a mob and usually the drones have the same name as their controller.

Long-range weapons like Katana or Polearm are advised to use when fighting Drone controllers because of their long-range. And it is also recommended that a player does not use structures against drones as the structures will get destroyed easily.

The players in this Moomooio hack 2019 uses a script which either switches the hat of the players to a Bull-Helmet and then the player will swing the weapon just at the right time to receive the minimum penalty. Or the script will change the weapon of a player to a crossbow immediately after the player charges up a player with a Bull Helmet or a polearm.

This will have a super high damage effect and will instakill the opponent player.

To identify such Moomoo.io hack 2019 types, watch out for player’s monkey-tailing people with a polearm. Or when a player’s hat immediately changes to a Bull helm and reverts back fast too. 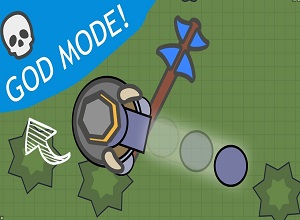 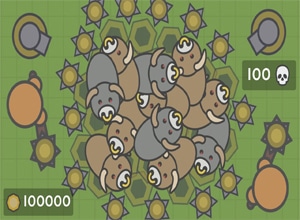 Why You Should Prefer MooMoo.io Hacks? 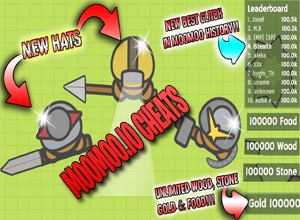 The Different Features Of Moomoo.io Cheats